Hiring: Why diversity is an ill-defined goal for your organization

Executive Summary: Don’t follow the crazy trend of making workplace diversity a hiring goal. Provide equal opportunities instead, and enjoy the results of a talent harvest both ethical and profitable. 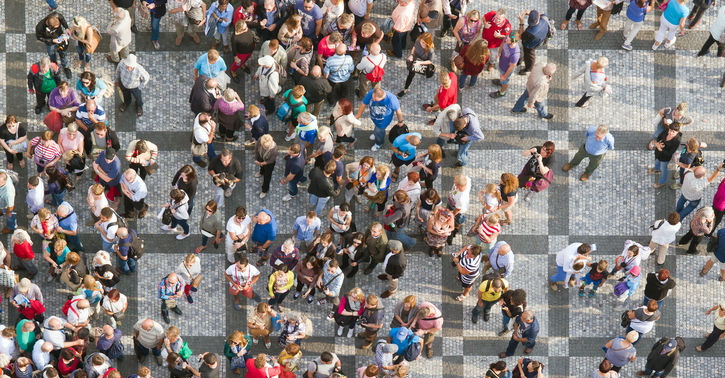 Where did we want to go?

With the advent of globalization, companies realized how much talent and market they will miss out if they don’t provide equal opportunities to their candidates of – sometimes strikingly – different backgrounds. In order to prepare hiring experts for this new cultural and professional challenge, diversity training at the workplace became a cornerstone of the corporate world.

Where we got instead?

Three decades later, the original plan went awry. Touched by the substantial social developments around the globe, workplace diversity morphed into a goal to be achieved rather than the means to achieve certain moral and business goals. It became a marketable slogan for up-and-coming startups and global behemoths alike. While the intention to create a colorful working environment is more than praisable, forcing it results in distorted outcomes.

Do we know what we are doing?

So we wanted to provide equal opportunities, but now we’re aiming for diversity. Is there a difference, really?

Providing equal opportunities means that if you have two equally capable candidates, you do not exclude one based on gender, observed race, religion, sexual orientation, age, hair color, height, etc. (If you think “height” is a joke or an over-generalization of the problem, read this [1]) If you are successful in fighting your own biases – which we all have – then your inclusive decisions will grant you access to a wider pool of talent. This is both ethical and profitable, and as a side-effect, it inevitably leads to a diverse work environment.

If you aim for diversity though, you have to check which human characteristics are under-represented in your organization, and give priority to candidates having those characteristics. As an example, this might lead you to declare upfront that you are looking for someone younger than 35 for a given position to get a more diverse group.

This kind of reasoning is not only slightly problematic. It’s bleeding from a thousand wounds.

Aiming for diversity can easily rob potential applicants from equal opportunities, which is indeed discrimination.

To achieve diversity, someone has to define which criteria satisfy the requirements of diversity. Is there more than one type of diversity? And this is where the path down the rabbit hole opens up.

To see what/who’s missing from your “diversity-list” you will have to list those already around you. What will that list be based upon? Physical appearance? Demographical background? Personality traits? Skillset? The combinations of all?

Furthermore, you may look diverse on a company level, but what about the sub-groups, teams within your company? Are there men/women-only groups? Are there teams composed of more experienced members (i.e. old) only?

As you can see, prioritizing diversity is easier said than done.

Apart from the fact that the (unintended) discrimination is not nice, it deprives your organization of resources of essential importance. Not only by unnecessarily elongating the hiring process but by discouraging otherwise fit-for-purpose candidates from applying. Focusing on it while disregarding other important factors is nothing short of self-destructive. Small to mid-sized businesses, if they intend to grow, cannot allow themselves to pass up talents that can contribute quantifiably to their mission just because they will not make (the perception of) their company diverse enough. In this sense, the only practical way forward is to target skills (both hard and soft) and cultural fit, rather than bio-demographic traits.

To further support the statement above, one should take a look at the findings of Anne M. McMahon of Williamson College of Business Administration [2]. In her study, Professor McMahon reviewed academic research material published between 2000 and 2009 on the relationship between workplace diversity and firm performance. One of her conclusions is that there is no direct and linear connection between workplace diversity and firm performance. Diversity is an extremely complex subject with multiple layers and should be always examined in context. Research of the topic resulted in a much broader interpretation of workplace diversity; for example, bio-demographic versus task-based diversity, cognitive diversity, etc.

To be able to create an effective, goal-oriented, and diverse workplace you will have to:

There is a good chance that the above steps will automatically take you to a truly diverse company that also accomplishes its objectives. Isn’t that a win-win we all should strive for?